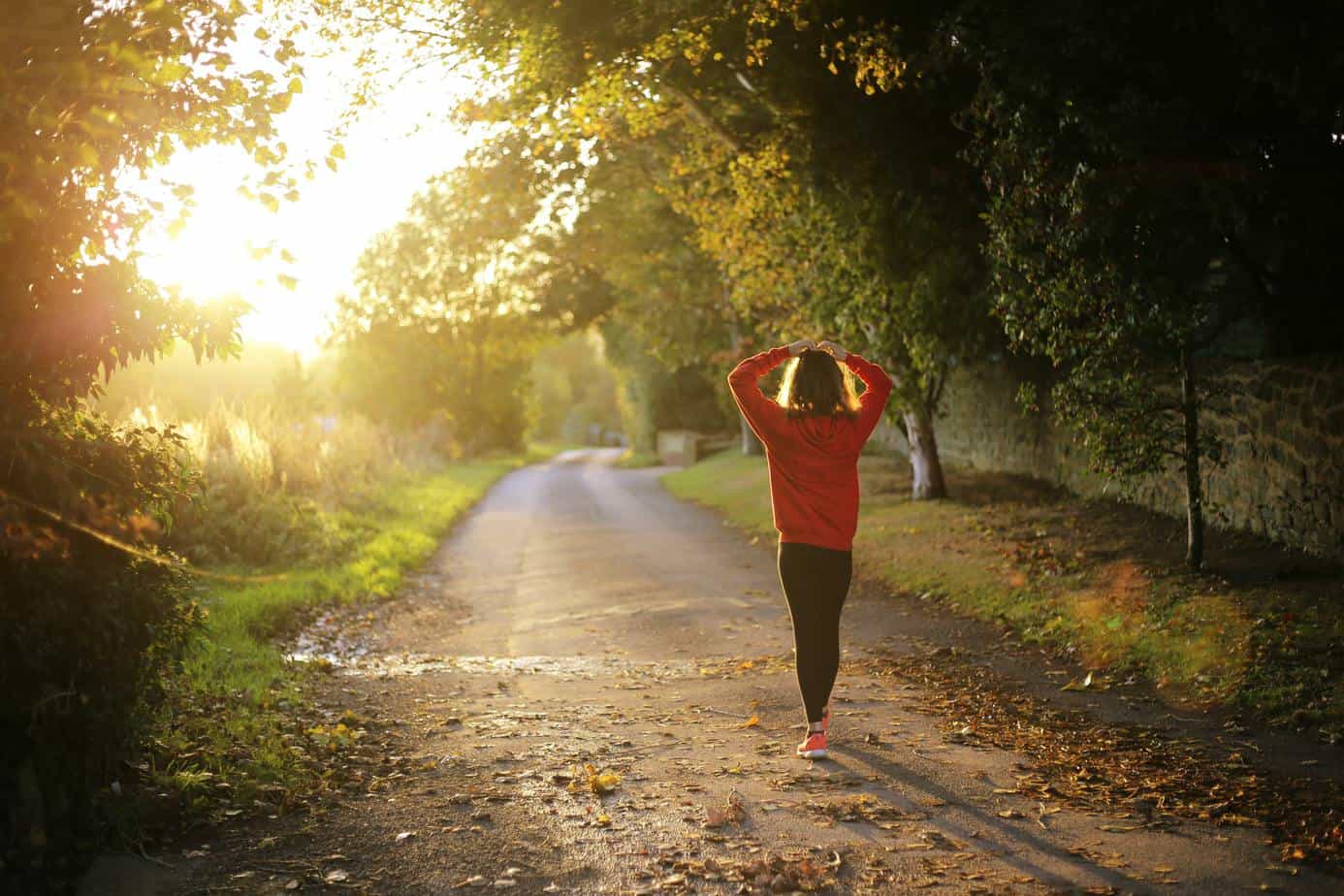 In a time when we’re overwhelmed with uncertainty and confusion, I’ve often wondered why ‘leaders’ and the media haven’t picked up on one undeniable asset- our immune system.

In the midst of the pandemic, the news and opinions are growing exponentially faster than the virus itself. There are contrasting views, developments and scientific findings on not only vaccines but potential treatments and those that may be at greater risk too.

Yet, most scientists and specialists are still struggling to agree with one another. It’s becoming a minefield out there and I’m not qualified to tackle any of the aforementioned, but I do know irresponsible journalism when I see it.

In this article, I want to use my experience from journalism and knowledge of health- to work out why we haven’t been told ways in which we could strengthen our immune system.

I AM NOT A HEALTH EXPERT OR CLAIMING THAT I KNOW THE CURE FOR COVID. I’M MERELY IMPLYING THAT WE SHOULD RECLAIM POWER VIA OUR IMMUNE SYSTEM

What I cannot understand is at a time when we can’t be certain on vaccines, when the lockdown will end and how severe this virus is, why don’t we concentrate on something we do know about? The immune system is the same now as it was before this pandemic hit, it would be a great way for leaders to assert their initiative and help the population take power back into their own hands.

Rather than portraying how truly uncertain everybody is about the virus. Whilst I appreciate that’s the true nature of what’s going on, the media and governments could be doing more.

Ashamed with the Media

The great thing about enduring hard times is that we soon see who we can trust. We get to see the bravery of the NHS staff, but we also see those that aren’t fit to lead as well as media outlets that can or cannot be trusted to carry out their role as the public’s overseer.

Here are a few things that have disappointed me about the mainstream media:

I’ve already written up an article on how dangerous the current censorship situation is, I think many readers are unaware of what’s going on. You can check out my article on censorship here.

Under the guise of misinformation policies, we’re seeing lots of useful content censored, and it’s a fine line too. I get that there’s a lot of information to decipher through, but we need to keep our eyes on the ball when it comes to censorship.

I’ve seen reports censored for speculating about this virus potentially being a ‘bio-weapon’ yet Sky recently did the same thing. I don’t want to go into the subject of where this virus originated- but why do some news outlets get the green light to speculate whereas others are punished?

There’s fascinating content out there but lots of it is censored.

Nothing about Immune Systems

This is what I want to concentrate on. The lack of information on immune systems or absence of content covering our personal health at all. My faith in many publications has dwindled in the last 8-weeks.

Rather than inciting fear, why not counter it by helping the people take back some power and overall confidence?

Now, don’t get me wrong- there’s good reason to be worried. But at the moment, we’re all trying to gauge the true extent of the virus and we’re getting little certainty about it. That’s understandable, but resources could be used better. Rather than sensationalising stories about youngsters dying and other sad stories, they could add some context.

We are constantly subject to a death toll at the moment and scary stories about just how different the world will be when we get back. Dr Fauci came out in the news discussing how we may never be able to shake hands again, what is he basing this on? Why is the director of National Institute of Allergy and Infectious Diseases publicising this when he has more important things to do and why are the media shining a torch on that specific subject?

It seems lacklustre reporting that is shying away from helping the public come up with a plan in the meanwhile.

Something we have all seen during the last couple of months. Recently, the Telegraph reported a new traffic light system that will be sure to ease lockdown restrictions, the next day Sky News rubbished those claims.

Again, it’s ironic that many of the mainstream media that have pointed fingers at ‘misinformation’ don’t tend to research their sources too well with the Telegraph’s report being redundant just hours after publishing.

My point being that there’s lots of fear mongering and contradictions, and I feel that the media’s time could be spent better collecting useful and potentially life-saving information on the immune system. There are plenty of qualified experts out there already handing out some amazing insights.

Our Health Isn’t Part of the Narrative

So far, health hasn’t really been the emphasis of the narrative, it’s been the opposite. Lots of coverage talks about health issues. Most of the population are recovering and it’s also coming to light that most of the population will be asymptomatic, experiencing no symptoms and fighting off the virus.

Could we look at why some people aren’t experiencing too many issues?

It’s taken me this long to find an article that has covered the immune system. It was by Birmingham Mail, who published a simple and quite obvious article about how eating a nutritious diet could help us against Covid-19. Nonetheless, I thought it was helpful and a much-needed positive spin.

But that’s the only article I have found. It isn’t something that we are seeing too often.

In fact, I’ve often found small quotes blown up and used as a headline or selling point to an article- things such as ‘this disease does not discriminate’ and that all ages are at the mercy of this fearful virus. But when looking at the stats that looks far from the truth? Unless the statistics are missing something… According to the Office for National Statistics for March 2020, 1 in 5 Covid-19 related deaths were aged 80 to 84 and there were no deaths for ages below 15-years old and one for ages 15-19 years. In no way does this make any death less significant, that isn’t my point, I’m just trying to add context to the reports.

Boosting your immune system isn’t something that can be done overnight, it takes care, research, experience and most of all, consistency. None of the previous should put you off- as the famous proverb reads- ‘The best time to plant a tree was 20 years ago, the second-best time is now’.

Now’s the time to start practicing a healthy routine, whilst the world’s slowed down and you have most likely got more time for yourself.

Viruses spread to cells and once finding a cell that will host it, it will copy and repeat by replicating this information throughout your body. It’s time to train your army at cellular and macro level, in time to ward off any invaders. This type of war happens multiple times a day and Virus Wars believe that we could be in contact with over 100,000,000 of viruses through our gut on a daily basis, many of which do not affect humans.

Nonetheless, we have a team of protectors that come to our rescue. Can we do anything to fight off a potential threat of Coronavirus?

The stronger our immune system, the more time it bides us to fight off the disease. It can also ensure that plasma proteins destroy the virus instead of becoming messengers and assisting the virus.

On that research, there’s more than enough reason to start looking at things you can do to help battle the intruder.

We’ve been advised to look towards WHO for guidance. Funnily enough, they’ve recently undergone criticism from the US President who expressed his annoyance with the organisation and how he feels they’ve got it wrong from the start.

That in itself doesn’t offer us much confidence, but if I’m completely honest I didn’t have much in them anyway.

Seems you’re here to strengthen your immune system, I’d steer away from WHO, they’re better used for ‘myth-busting’, when to wear a mask and whether or not you can catch Covid from your pet.

I’m no expert on health, as mentioned above. But I have found some incredible sources via the Internet and social media. Here are some of my favourites with a small snippet of claims and advice they’ve recently given.

You can follow Dr Jess on Instagram for updates on her upcoming podcast episodes. She takes an opposite stance to much of the media. She also offers different theories and research that could help improve your immune system.

She’s talked about how zinc, zinc ionophores and other vitamins could help us fight against the virus.

Dr Shiva created e-mail and has a broad Résumé, being a scientist and he’s a senate hopeful. He believes that the population should be placed into four groups in order to continue the economy.

He also talks about dosages we can take to keep our immune systems strong whilst infected, he recommends vitamin A, vitamin D, vitamin C and iodine.

Organic Olivia’s parents were both critically ill with Covid during the initial outbreak in the US. She used a critical mindset and her previous experience in natural medicines to come up with some helpful routines. Although she expresses her respect for western medicine and that everything else that she has advised is as a bonus, she managed to place a link with bacteria prevotella.

She also emphasised that zinc and zinc ionophores such as quercetin could be very helpful right now. She has plenty of information on boosting immune systems on her site.

Buttar criticises the tests, statistics and reaction to the virus.

Dr Rhonda Patrick is one of my personal favourites. She always delivers meticulously and rarely speaks out until she has all of the studies thoroughly revised. She recently shared a study on vitamin D and how important it is to ensure that we’re getting enough, as it protects us against lung injuries associated with COVID-19. Check out her site or Instagram.

I’m not claiming to be a health expert but from what knowledge I have gained over the last decade, I can say that it certainly has a place at the table, during this discussion.

Many experts have backed that in their claims. I can’t understand why it’s getting such little coverage. Ultimately, we shouldn’t need it to be written in our newspaper, it’s time to take as much power as we can. Rather than looking externally, look internally- what can you do? We’re limited on information directly related to COVID-19 but we have lots on the immune system available.

There’s never been a better time to exercise and feed your body with nutrients. It’s not about magic potions or people being invincible but there’s enough evidence out there to show that eating a balanced diet could go a long way. What’s more, it could help counter much of the fear that also has a catastrophic effect on our immune system.

Check out these brave doctors and professionals that I’ve listed and gain much-needed knowledge.