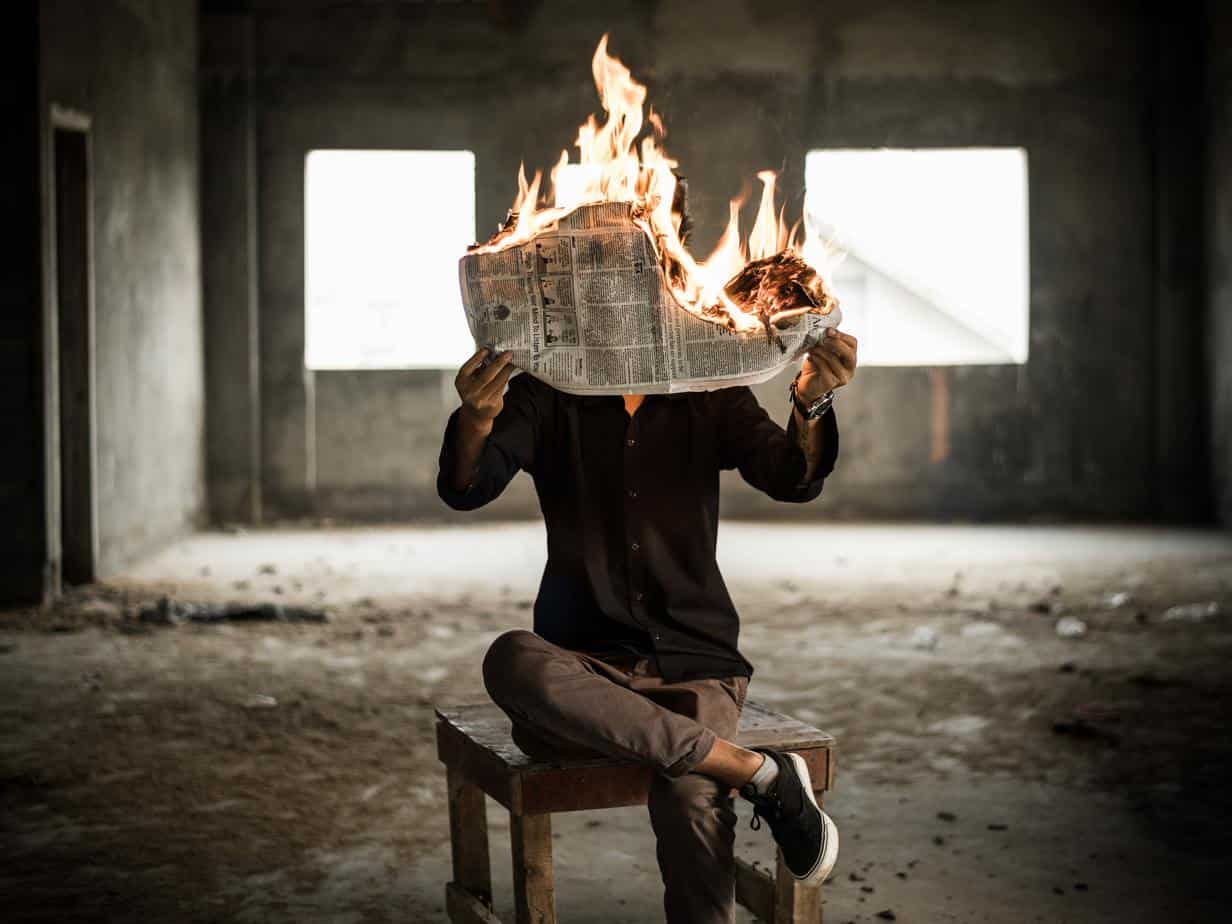 It feels like we all went to sleep one night and woke up in a nightmare, we’re in the middle of a war and most of us are unaware of who or what we’re fighting.

Dare I mention the famous “C” word- no… not that one.

I’m talking about censorship– something that has balanced precariously for decades, the reason it’s a balancing act is because we need responsible journalism combined with freedom of press. Yet we are seeing plenty of censorship revolving around the Covid-19 pandemic and particularly 5G.

When studying journalism, I was often briefed on the role that the media plays in society and how integral it is to the community. Journalists have a role to play right now, and the constant tallying of deaths, scare–mongering and sensationalism has been despicable thus far.

Let me talk you through some of the ongoings that you may or may not have missed recently, as I take you to the battleground of the censorship pandemic.

You may have seen many of the censoring rules circulating, but let’s look at a few cases.

There was an emphasis on ‘misinformation’ from the off. That’s fine- but how are we gauging that? Because I’ve seen lots of credible articles that are scientifically backed with authoritative resources taken down by these platforms.

During a panic, there is always an onus for big publications. Falsely making claims during a crisis can make a big impact and that’s why during these times we need to call for responsible journalism.

This means, being careful of false claims and not to incite unnecessary panic.

At the beginning, Facebook started removing posts with Covid-19 in, unless they linked to specific organisations such as WHO, NHS and other big health corporations.

Google changed their algorithm to facilitate for the same companies mentioned above. If you have a query in relation to the pandemic, you will get specific results.

YouTube began recommending publications from the same companies on all videos and made it harder to search for alternative views or health recommendations.

You could argue that all of the above is a pragmatic response, ensuring that the public get the information needed and those with appropriate credentials are giving credible advice, and I’d have to agree.

Here are some examples:

Personally, I have a number of problems with the above. Especially the latter point made, and so should you.

After Ofcom got in contact with publications, you could see the mainstream media’s narrative, branding anyone outside of that as “Conspiracy Crackpots” and I’ve noticed that some of the general public have coined that term on social media since being influenced by the big news companies.

Many celebrated the fact that Ofcom laid down their totalitarian authority. I do not understand this.

Even if you do not agree with the claims on 5G, you surely still want freedom of press?

No huge media company would report that 5G has negative effects on health unless they had a good source. They’d be crazy to do otherwise, again it brings us back to responsible journalism. That much, we should be able to expect. But we have to let journalism objectively do its job.

When Ofcom put a slant on how the media report on 5G, it prevents a fair perspective. We are being censored- that tells me that they think that both you and me, are too dumb to make our own minds up on the situation.

The media uphold an integral role in society, often referred to as the Fourth Estate, this is the fourth power. It places them in the realm with politics, that is because it provides social influence and should be used conscientiously.

Ultimately, the media is a “Watchdog” for the public. If you celebrate them being censored, then you are giving them the right to tamper with your information and make it one-sided.

Imagine this, despite your mind being set on how safe 5G is for us- that somebody got it wrong. That we could actually do with more independent testing because there are some risks, or that it’s been rushed through the processes, what about if this came to light by top scientists (which it has) ….

Then remember, by agreeing with this type of censorship you are no longer privy to that kind of data. Now, you are only allowed information that supports the agenda of these big companies. It’s a one-sided affair and with the current constraints and rules in place, there is no other way to share fair debates or research.

Disinformation is the Problem?

Since the World Health Organisation director-general announced that disinformation is worse than Covid-19, many of the big organisations have implemented stricter guidelines according to TechCrunch.

All of the censorship is based around misinformation. This is the reason why we are seeing unprecedented freedom of speech restrictions.

How are they Measuring Misinformation?

I would like to know how they are measuring this misinformation.

Up to now, studies such as the following have been removed or censored on the likes of Facebook and other platforms.

Collective Evolution have had a number of issues with content being removed and are now fearing that their account could be deleted from Facebook. This worries me, because they are a solid alternative media source, that stray away from the mainstream but always offer backed up claims.

Ofcom Have a Vested Interest

Ofcom are media regulators, the same ones that are telling media what they can and cannot report.

Another disturbing element of this whole debacle is that they have invested interest in 5G.

They have played a big part getting the system up and running alongside telecommunication companies, they are set to make lots of money and have ties with companies brandishing the technology.

It is a conflict of interest, the same company that helped get 5G off the ground in the UK, is the same one telling people what they can’t say about it.

Also, many of the reports that haven’t been removed all cite Ofcom studies and information.

Hang on, you mean to tell me that they played a pivotal role in distributing 5G, tell the media they cannot report negatively about it and they also provide you with their studies, reassuring you it’s safe.

See what I’m getting at, if you’re not worried then you should be. Allowing this, will only exacerbate into more huge problems in the future too.

Disinformation for the Greater Good

Remember, we are enduring this censorship due to the misinformation going around.

Yet, Dr Fauci, the director of the US’ National Institute of Allergy and Infectious Diseases, told the public to steer away from masks. Stating that they have no benefit. He went as far to say that they could be detrimental.

Since then, he’s done a U-turn- and the reason he originally lied was to make sure nobody rushed out to get all of the masks.

Is it okay to provide misinformation if it’s for the “greater good”?

A good debate to have on another day. But I believe that it’s wrong to pick and choose when you can spread misinformation, the truth is what we need. They have enforced a lockdown in the US, couldn’t they have also made sure that masks were reserved for frontline workers?

The government and big organisation’s lack of care for the truth and free-flowing information should make you question everything.

What Can We Do?

But what can we do? Here’s my opinion:

What a crazy time. I believe that many of us want the same things. Let’s have open debates, share sources and not get emotionally attached.

If there’s nothing to hide about 5G, then there should be no problem debating the conspiracies. Let’s see some independent tests and reviews, then we can all see what’s really going on.

Allowing the media regulators to intervene and also have a conflict of interest is not only stripping yourself of many freedoms, but your kids and their kids too. We are powerful, not powerless, every time you allow this or do not think about it with an open-mind you are impacting our future.